It’s a strange feeling, walking away from something you may never see again. As we sat at the airport reflecting upon the time we had spent in Kalkaringi, emotions were mixed, ultimately unsure of the lasting impact we had made, yet proud of the work we had done.

As a group we had accomplished so much in such a short amount of time and had been given the opportunity to experience a part of Australia many never will, yet it was hard to shake the feeling we weren’t leaving something behind. We had connected so strongly with place and people, community and country, and for most of us, it was likely the last time we ever see those faces again. Like the end of a romantic relationship, it was hard to truly understand the impact you had made, knowing you won’t be there to take part in the rest of the story.

While our return to Melbourne was filled with excitement and ambition, it came with its own array of stresses and difficulties to navigate; bills, deadlines, and bus schedules returned and the simplicity of life we had left behind faded almost instantly. Yet the experience as a whole had made an impact in all our hearts. We had done so much we had never expected.

We watched the AFL off a makeshift satellite dish in the desert.

We cut, drilled, braced and bashed our way to not only one, but two Big Shadys.

We cooked, camped and cleaned our way through ten nights in the flickering light of a campfire.

We embraced stories of dreaming told to us by the traditional owners of Gurindji land, and

Some of us even threw it down on the dance floor… well, one of us anyway.

There were ups and downs, fights and fixes and very few mishaps along the way. By the end of it all, it was obvious that our contribution to the community was much more than its physical manifestation, it was the connections we had made, the conversations we had stimulated and the stories we had embraced. It was the small role we will play in the big picture.

It is the story of Kalkaringi. 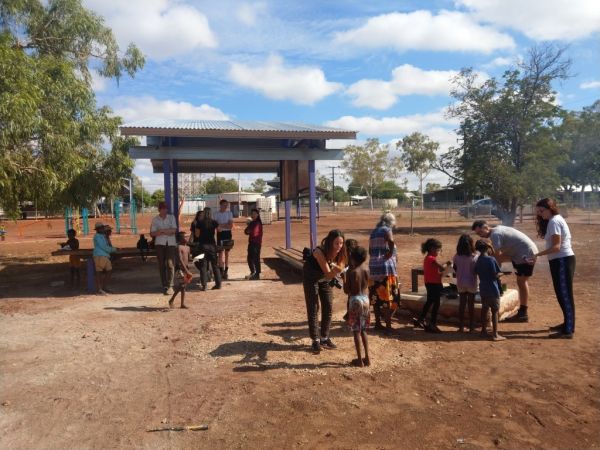 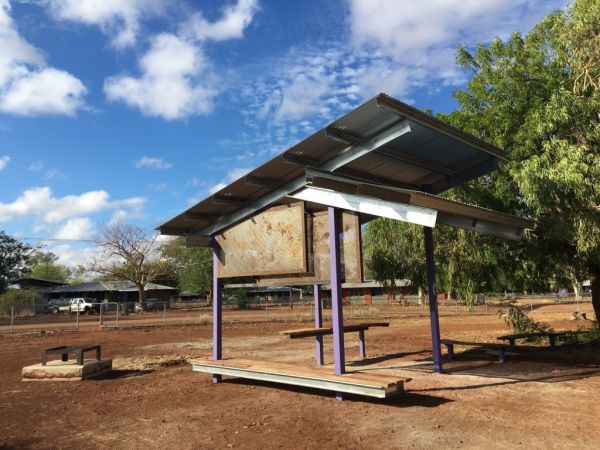