Double R, Yamba, and Phil invited us this evening to join them at Neave Gorge, a site 45 minutes out of Kalkaringi, land of which Double R was the Traditional Owner. Having limited opportunities to swim since our arrival in Kalk, the call for floating in a freshwater gorge was the ultimate temptation, meaning an extensive to-do list on site was addressed and we were able to experience such an exceptional evening.

Our goal was finishing all furniture for the 1st Big Shady - no small feat - so we split up into different tasks to maximise our productivity. The first barbeque was concreted in, artfully layered with the surrounding landscape’s bright red sand, which spliced through the grey cement. The high bench for food prep was finished also, with a beautiful slab of wood elegantly floating on an angled square hollow section, cantilevered at one end and joined around the shady structure. The stand-alone ‘banana seat’ was placed and concreted in beneath the trees, the curvature of the seating opening and connecting the Big Shady to the playground. During the final Bower Hour of Power, the sun-soaked long and low bench was attached to the Big Shady’s eastward posts, C-Sections and timber screwed into place at the sacrifice of those willing to squeeze themselves under the bench and drill awkwardly from below.

We could finally taste success and called it a day, before jumping in our cars and joining the convoy on the bumpy road to Neave Gorge. Upon arriving and setting up camp, we realized the work wasn’t over as some bush mechanics was needed and benches were quickly fabricated from our scaffolding to fit-out Phil’s fold-out boat (which managed to take a few of us on trip up river). The rest of us then enjoyed floating in the freshwater and kayaking through the gorge, whilst the sun set around us. After dark, Double R and elder Yamba, a ranger from Kalkaringi, gave us a welcome to country, their words echoing off the gorge walls. We then ate alongside a spectacularly large bonfire while Yamba told us campfire dreamtime stories, and we struggled to keep our eyes open after such a long but amazing day. 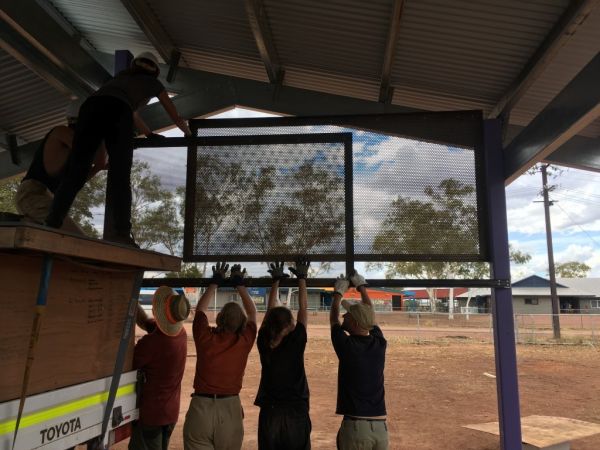 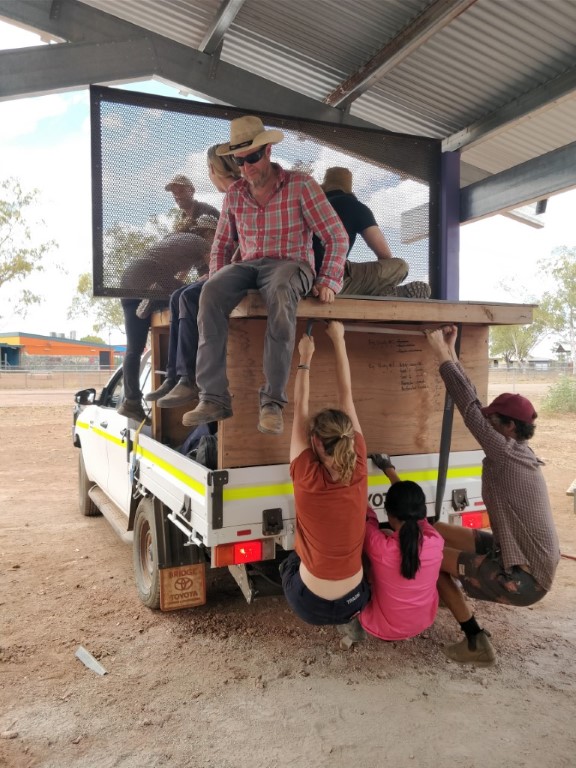 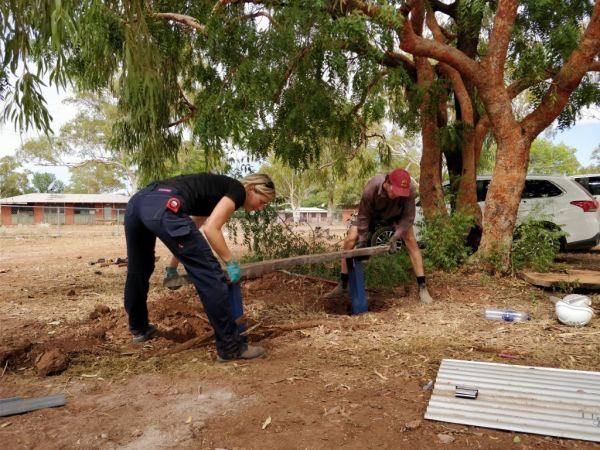 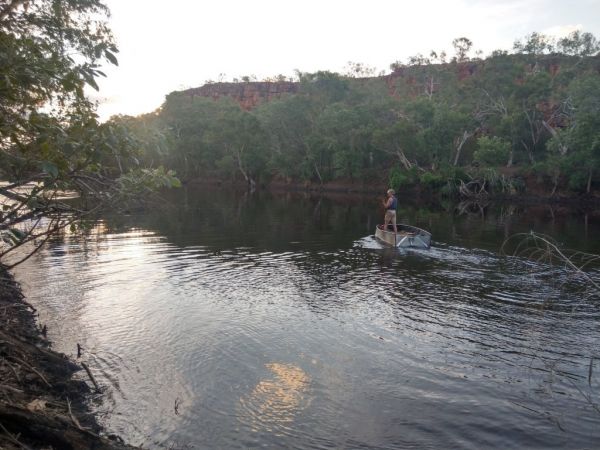 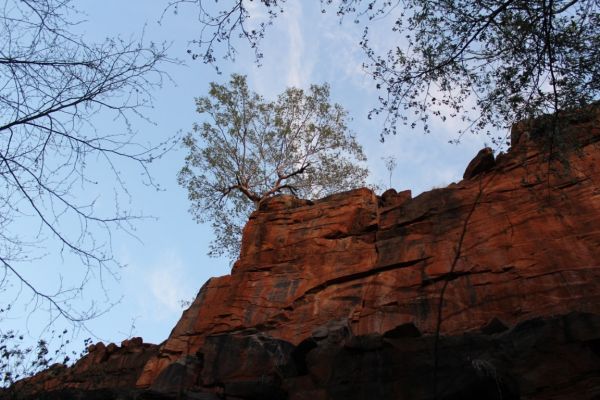 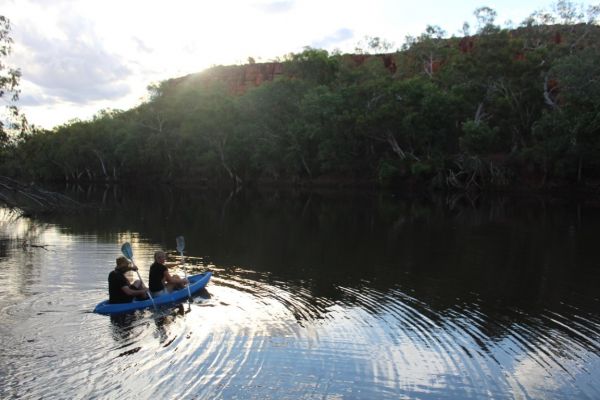