The day started off slower than usual, with only half the team heading off to the arts centre to continue work. Some stayed back to work on designs for the seating of Big Shady, while others enjoyed a leisurely swim by the water hole.

The morning involved cutting up the last pieces of cladding for Jack to weld. Intense primary school mathematics was involved to figure out the sizing of each clad. Heavy steel was then transported to the awaiting team to cut to size.

The group reunited after lunch with a few car hiccups in between. The main aim for the afternoon was to get the arts centre to a finishing point, where only final details were left to figure out. The top panels of weld mesh were slotted into perfect alignment, with some of them needing to be recut so that the vertical elements read as a continuous line along the facade. It's amazing the difference a couple of millimetres can make.
At this stage of the project it's really nice to see the difference that the finishing touches can make, the group was particularly excited to see the guttering of the existing roof get resolved in a way that complimented the new addition.

Written by Henry and Alison 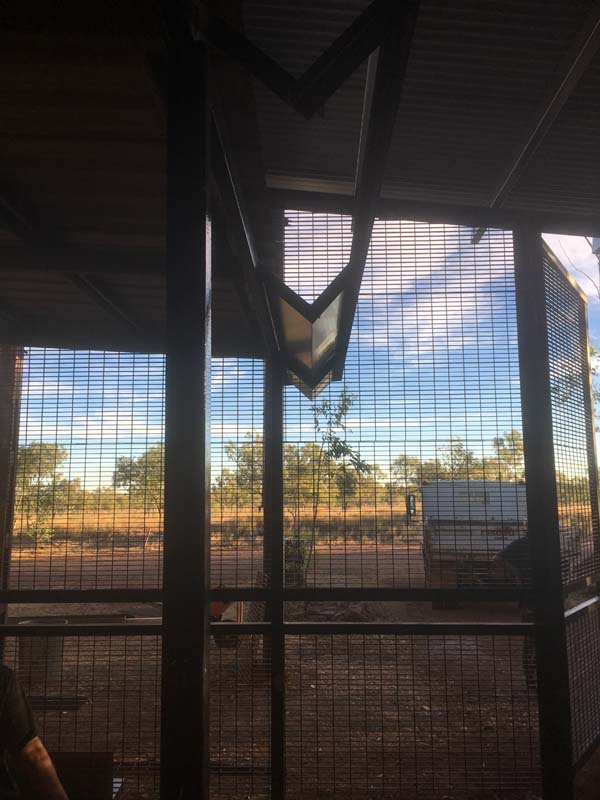