Today was a really productive day. We planned on finishing early today so that we could make it to the club and meet more people from the community before it closed.

Everything closes earlier today because it is a Saturday, most importantly we needed to buy ice for our eskies so that everything in them can survive until Monday in the crazy Kalkaringi heat. The shop closed at midday so we paused work at 11:30 and went to buy ice. Everyone else in town was also in the shop, it was the busiest I’d ever seen it, the shelves were very close to empty, and everyone was buying all their food for the weekend.

While the furniture was being prepared the other half of us were pre-fabricating the structure. The columns were fixed to the straight beams to make the “staples”. There was double checking and triple checking to make sure everything was square. On the other side of the site we put the tie downs onto the Y-beams that will connect to the purlins. We spent most of the day preparing the angle sections, marking out the drill holes and pre-drilling them. Then David came over and informed us that we didn’t need to do that because of the direction you drill the purlins from. We thought we were working at a good pace until David came over. He drilled the tie-downs to the Y-beam at least three times as fast as we did. We quickly finished up after that point and all got in line for showers.

We all had a beer at the club after work and chatted to people from the community. Emma and Rosie were introduced to two artists Merrilyn and Joanne to discuss painting the columns of the Big Shady.

Back at camp we found our tents in very battered condition after strong winds during the day. Some tents were in bushes, some had blown flat after poles had snapped. We quickly fixed up our tents so that we could go swimming in the river. After getting lost trying to find it last night we found it was much closer than we thought. It was so nice to go swimming, nothing is cold around Kalkaringi. Even if you have the tap on fully cold it still comes out warm, so jumping into a refreshing river was very welcome.

The night ended with a wonderful star gazing session after our nightly debrief. We tried to find the dark emu in the sky, but no one was really certain where it was or how big it is. Instead we saw many shooting stars and pointed out the southern cross to the group members that were new to Australia. 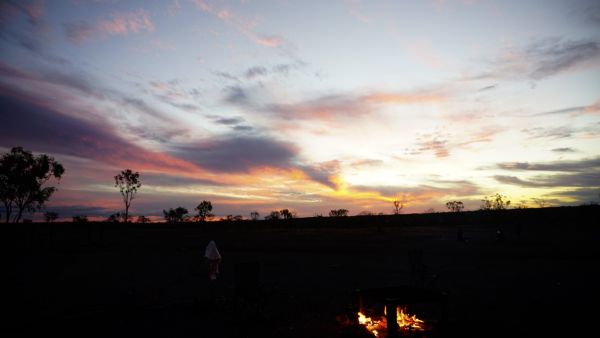 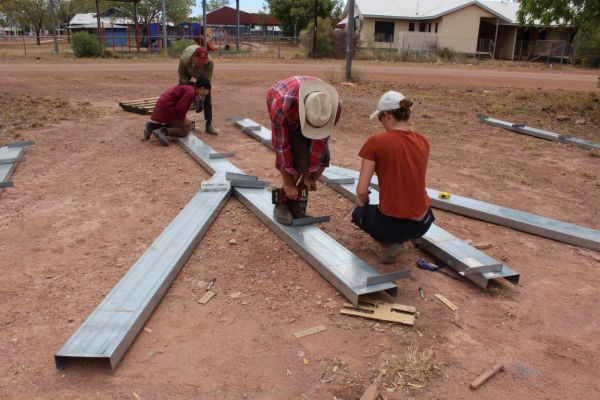 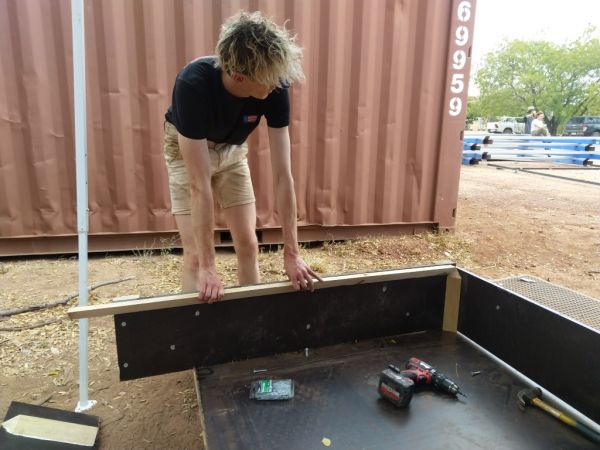